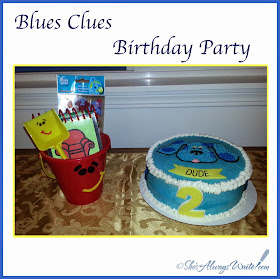 Shortly before he turned 2, Dude went through a phase where he threw himself at the TV while shrieking "Waaaaaaaannnntt Bwwwuuuuuueee!!!" And slapping his hand on the wall a lot and shouting "Cwue!"

So I had a pretty good idea what to do for his 2nd birthday party. 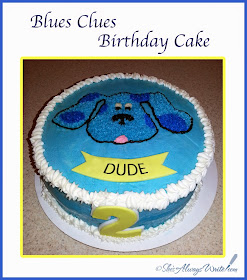 To tint the frosting, I sat one of the clue stickers in front of me and kept fiddling with my Wilton gel colors until it was close enough. 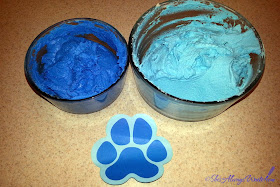 For Blue's face, I used Photoshop to scale down the the template I found here - I traced around it with a toothpick. It's worth noting that I should have actually looked at a picture of Blue before I frosted, because in the show her nose is dark blue, not black.  If I'd noticed that I'd also have done the outline to match the nose.

I chose a font I liked for the number 2, blew it up in Word and printed it on card stock. Then it was easy to cut out and trace around in fondant with an Exacto knife.  I didn't even have to print two sizes, I just eyeballed one of them bigger.

The name banner represents the flag that Blue holds at the beginning of every show with the episode name on it. That shape was easy to freehand, though it would be easy enough to make a card stock template to trace in Word.

I also put 3 paw prints around the side of the cake - I just forgot to take a picture of them. Those I also traced with a toothpick around a card stock template I printed from a paw print image I found online. 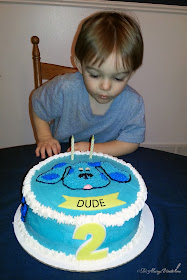 Shovel and Pail
Dude talked a lot about Shovel and Pail, so I wanted them to make an appearance. Turns out? It's hard to find sand toys in late fall. Thank goodness for a kind eBay seller who deals in bulk 'assorted colors' plastic sand buckets. I emailed the seller to explain I needed the specific color combination for a Blues Clues birthday, and not only did they enthusiastically agree to help, they also tucked a few little Blues Clues freebies into the package (you can see the stickers poking out of the pail, that was one of them).

For Shovel's face, I stared at a lot of pictures of him. Then I broke out the Sharpies and crossed my fingers.

For Pail's face, I cut the shapes out of felt from the craft bin and glued them on. This was a nice approach because if I messed one up I just remade it, no worries about a permanent mistake. (The challenge is finding glue that will stick - they only stayed on a few weeks with Elmer's.)

Handy Dandy Notebook
For the Handy Dandy Notebook - known lovingly over here at Chez Geek as the "danny guk guk" - I was delighted to find endless options on eBay.  We opted for the one that has several dry erase pages in addition to the paper ones. It also came with the iconic green striped crayons and a pack of extra pages, as well as the "clue" post its I used to help me tint the frosting. This site is listed on the back of it: HandyDandyNotebook.us

Finding Blue herself was a bit of a challenge, seeing as how the show has been off the air nearly a decade.  But as luck would have it, thanks to global intellectual property theft our international partners in capitalism, you can readily obtain a shiny new Blue on eBay for a surprisingly reasonable price.  Just plan ahead - shipping takes a few weeks.

Dude was so very happy, and promptly ran off clutching his new best friend. 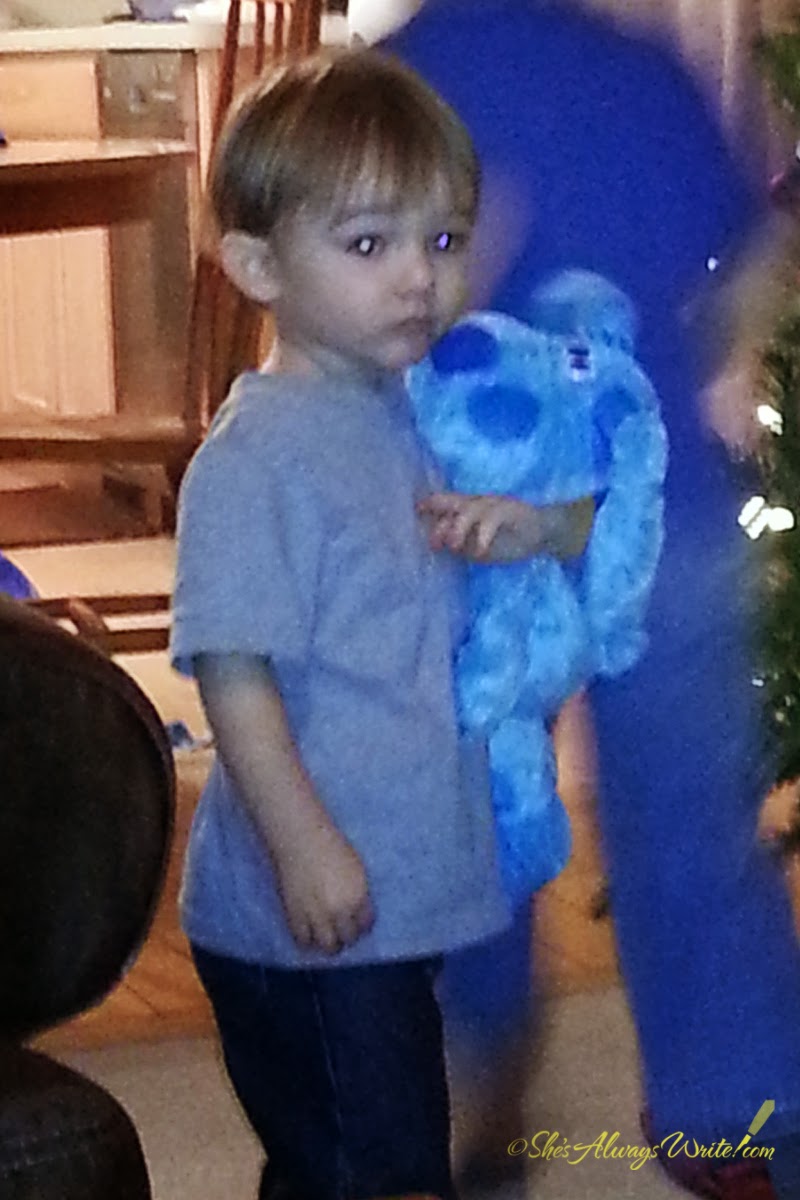 ***
Update: nearly a year later, after much of love and roughhousing, she's still holding up very well considering her questionable origins. So if you child can't live without their very own Blue, it's worth the 15 bucks to eBay her from China. 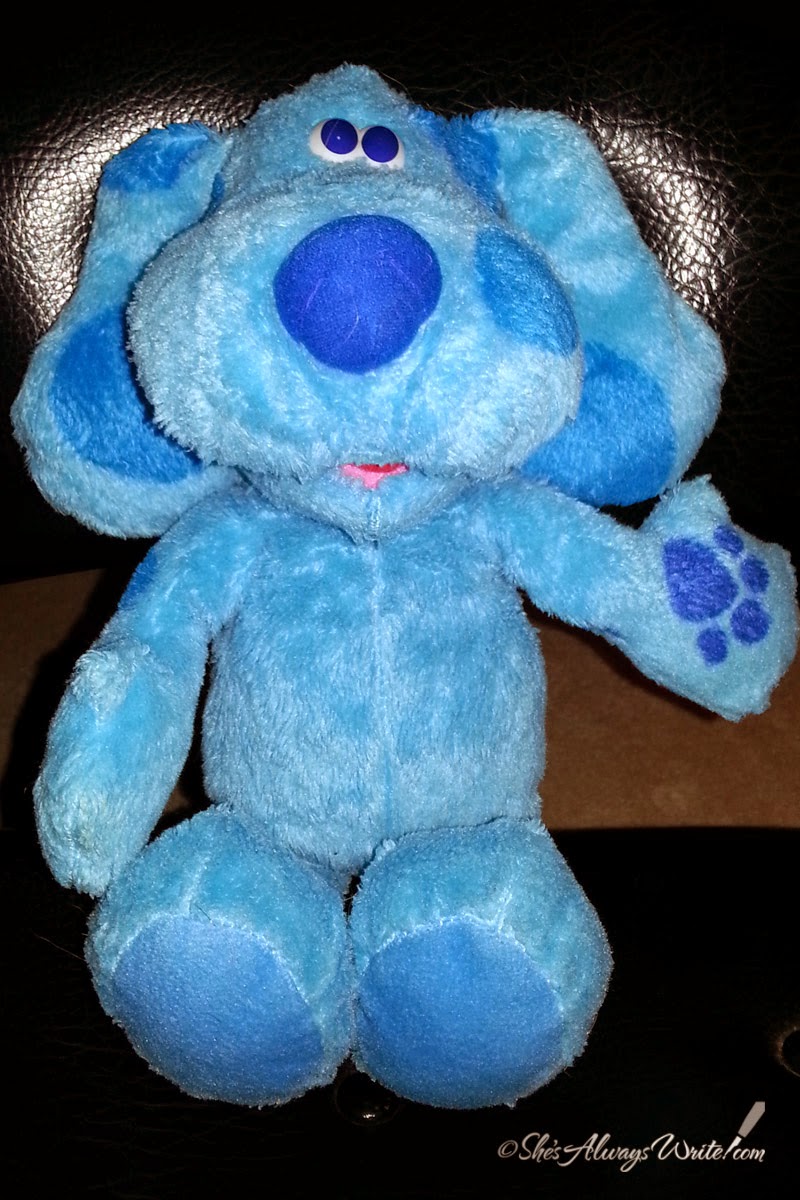 I pinned this post to my Blues Clues Birthday Party board and my cake decorating board.